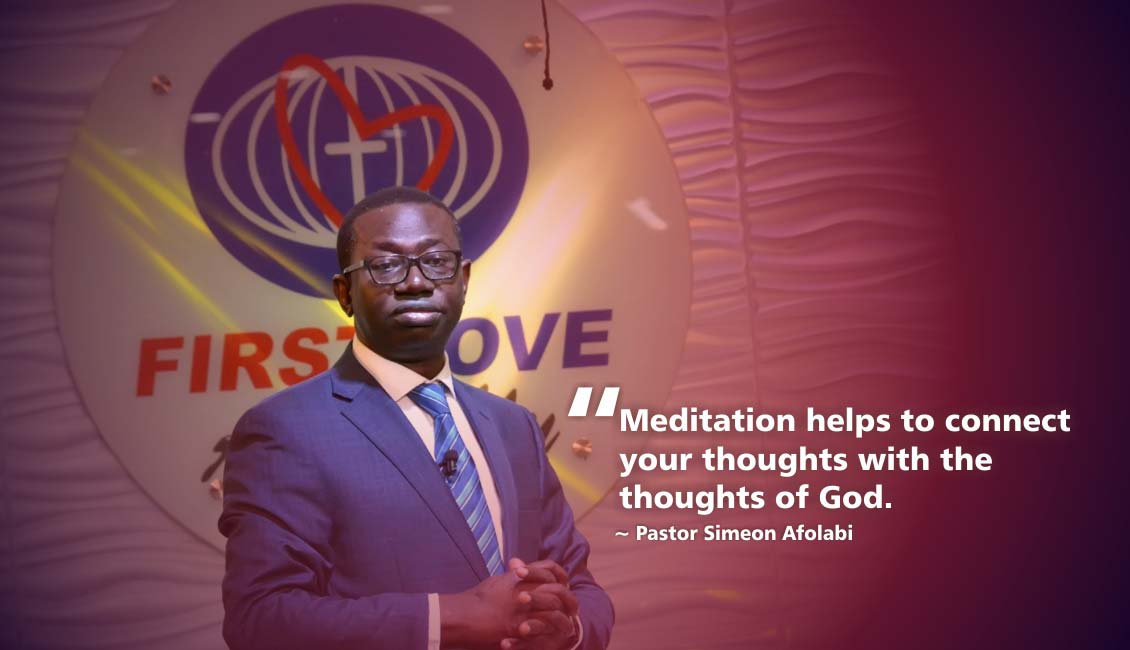 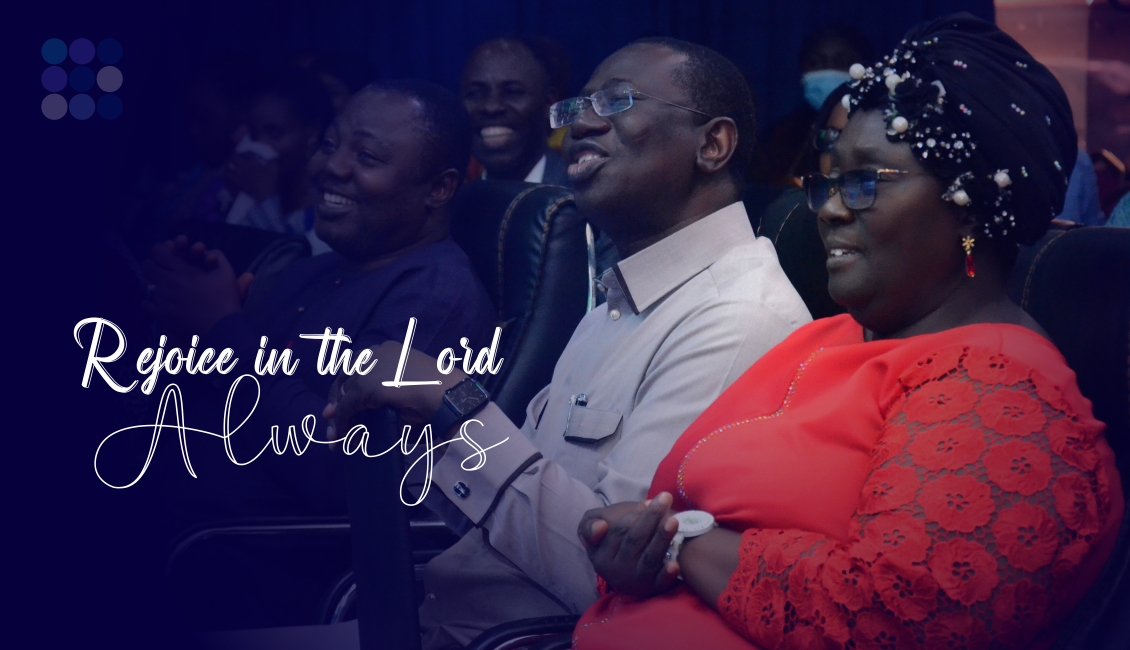 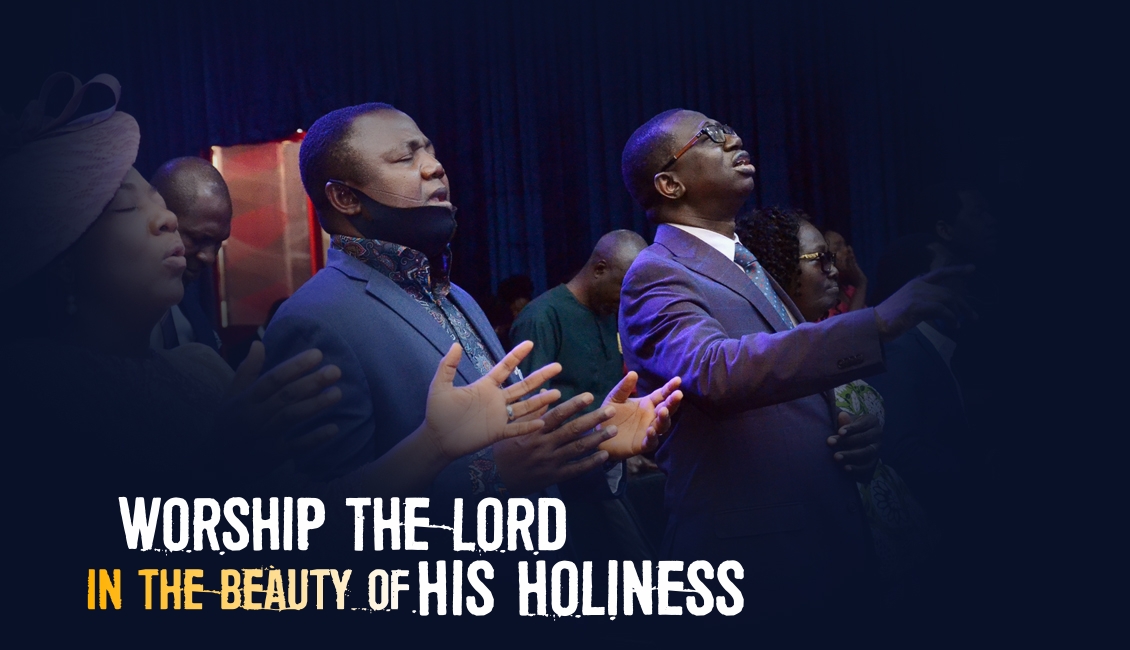 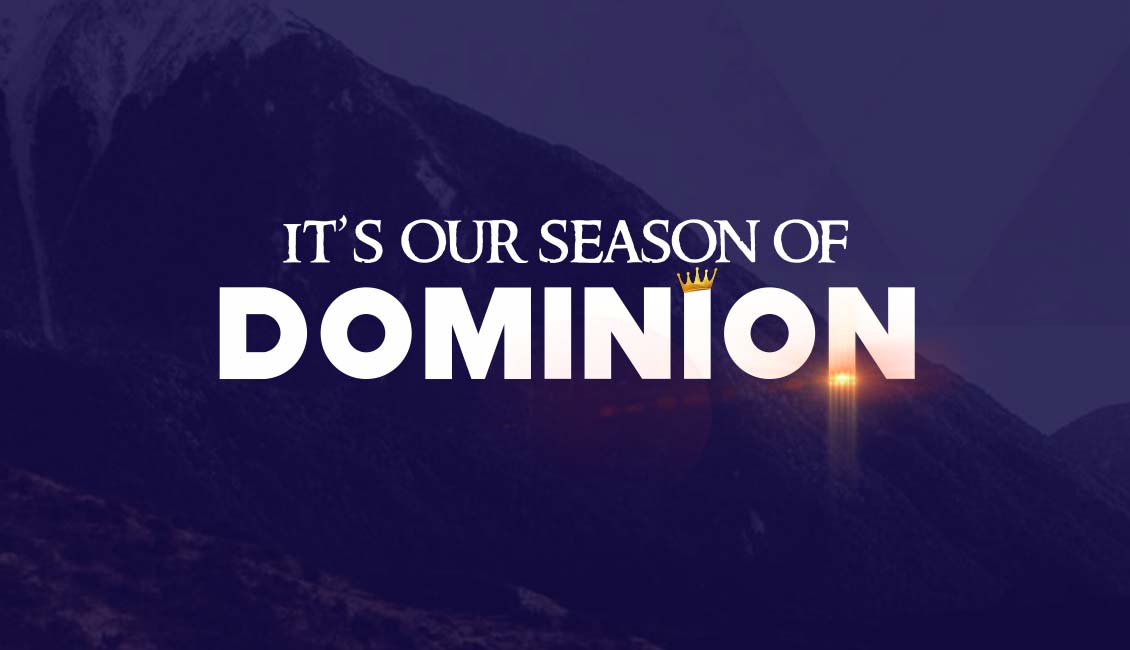 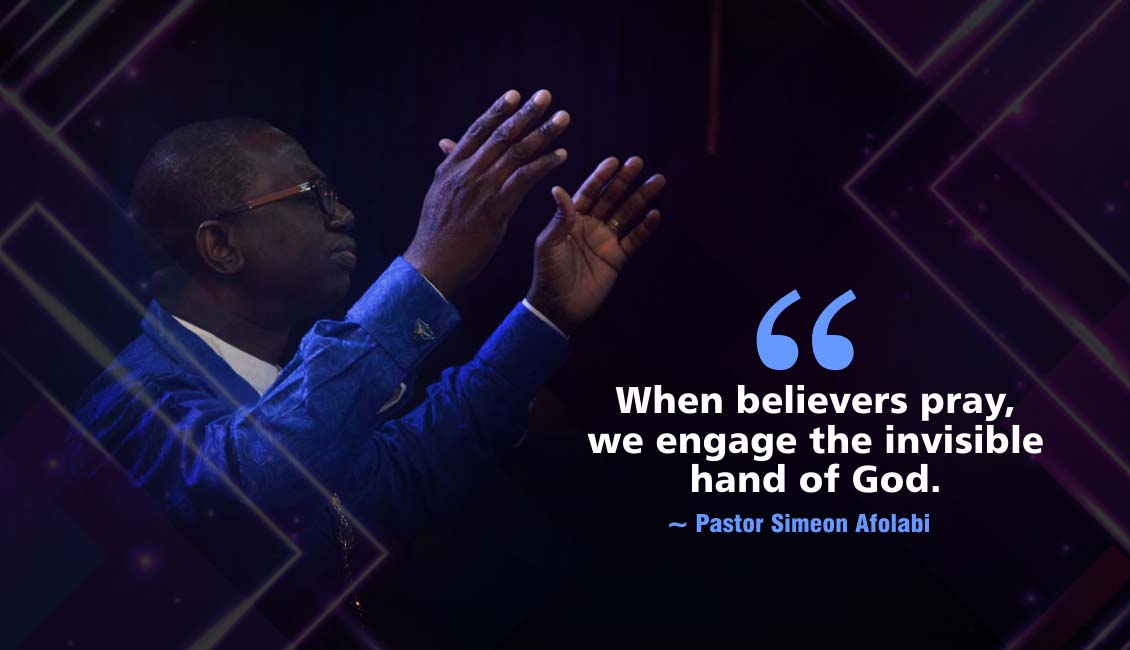 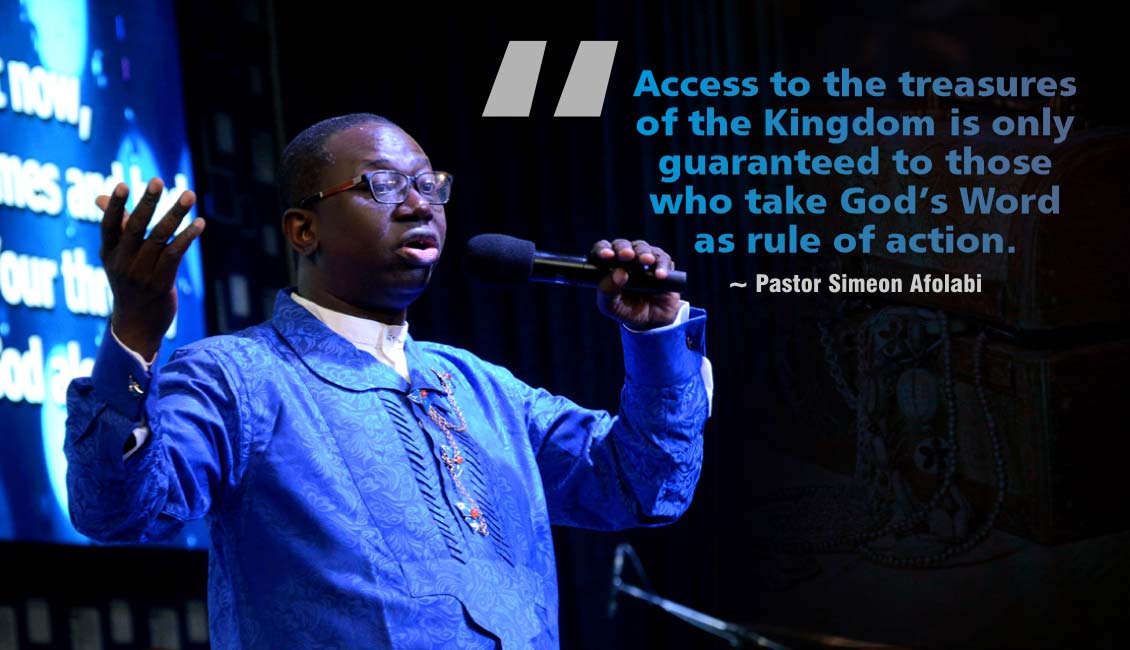 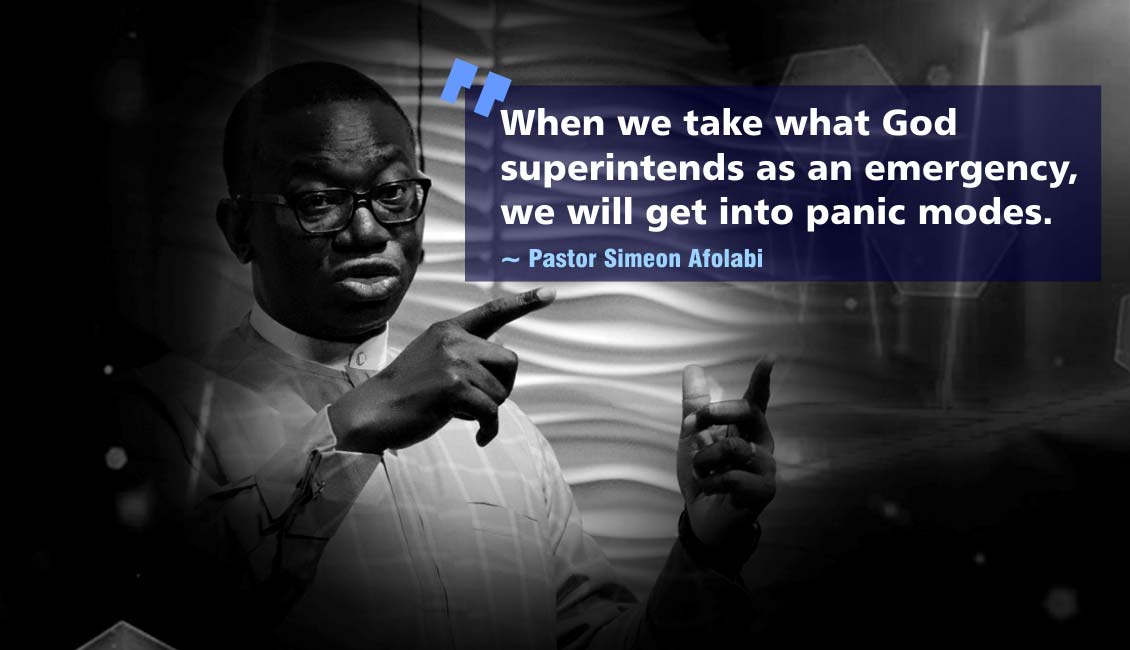 My name is Mrs N. Adagbor and I am a member of Firstlove Assembly, Rumuokwuta, Port Harcourt, Nigeria. I want to testify of the love and faithfulness of God towards me and my family.

I met my husband in Port Harcourt in the year 2005 and because of our mutual conviction that both of us were meant to be together as husband and wife, we quickly got married in the same year. About a year and half after marriage I became pregnant with our first child and eventually gave birth to our very first daughter in February 6, 2008. She was a very adorable baby.

However, after delivery the doctors came to us with a report that our baby had jaundice and we were then referred to one of the prominent children specialist hospitals in the city of Port Harcourt. There at the children’s hospital, lots of antibiotics were pumped into our baby and we feared that this may complicate the baby’s condition. Nevertheless, my husband and I surrendered the child to the will of God our Father who defines and directs our lives. After some days of treatment, our baby was discharged with a clean bill of health from the doctors and we returned home with our baby.

Everything seem alright until one afternoon, I came back home from work to notice that the baby was having a whistling breath and cough. I had to call our cardiologist, who asked me to bring her over to the hospital the next day. So the next day, I took her to the Teaching Hospital in town to see her cardiologist. After examining her, the cardiologist advised that the baby needed to be admitted for a few days to stabilize her breathing. I quickly called my husband to inform him of this development. He came from work and joined us at the hospital and together we prayed for the child.

On a certain day at the hospital, my husband came to meet a wailing indigent patient who could not afford to buy blood for transfusion into her ailing baby. Out of compassion, my husband donated blood to save the dying baby. The woman’s baby eventually survived but our baby continued to tarry at the hospital. Later on, our baby began to grow weaker and weaker as treatment progressed. Quite a number of people came to visit us at the hospital to pray for the baby, including Pastor Simeon Afolabi and his wife, Pastor (Mrs) Ruth Afolabi.

Since we were not satisfied with the quality of treatment our baby was receiving at the hospital, we commenced arrangement to fly her to a hospital abroad for treatment in conjunction with my husband’s elder sister.

Nevertheless, one day, while we were at the hospital, my husband was playing with the baby who seemed in a happy mood, except for the heavy breathing. He was carrying our seven months old baby on his lap and sharing Tom-Tom sweet with her. Suddenly, our child went into distress right in her father’s arms and before the medical officials could make arrangement to rescue her, she gave up the ghost on that day, Monday, September 15, 2008.

I was terribly heart broken and felt the world had come to an end for me; but my husband who had a premonition of this, consoled me urging me to accept the will of God, since the same God who gave us the first child is still able to give more. When I recalled the scripture that says “in everything give that”, I decided to make up my mind to accept the will of God and began to give God thanks in that unpleasant situation.

Several years of waiting was not easy for me, but with my supportive husband beside me, we kept on praying and immersing ourselves in the service of God as sanctuary cleaners in our local church. In all those years, my husband and I always prayed with scripture from Matthew 19:26, Mark 9:23, Mark 14:36 and Exodus 23:26

Again to console myself regarding my lost child, I used scriptures like Proverbs 10:23, which says that “the blessing of God maketh rich and added no sorrow”. I had a strong conviction that the baby that will come next, will abide and bring immeasurable joy.

One early morning, my husband told me that in his dream he saw me put to birth a set of triplets comprising two boys and a girl and in subsequent dreams God also gave him the names of the kids. I was naturally excited by these revelations though sometimes they would sound too good to be true; but my husband and I kept thanking God for the revelations.

Sometimes in 2012, in one of the Saturdays that I was cleaning the church; after cleaning the toilet, my husband’s vision of triplets began to re-echo strongly in my heart. I remembered that day, I met a friend in church, Sis. Uche Igwe and asked her if anyone has ever dedicated triplets in our church, Firstlove Assembly, and she said, “No”. I then declared to her that I would be the first to dedicate triplets in our church.

Again, in one of the celebrations Sunday in church, as the celebration cake was being shared, I picked a piece of cake from the tray and the lady sharing the cake, Mrs Obi declared to me that I had taken cake for triplets. This woman was not aware that she had spoken from the Spirit confirming what my husband and I had been believing God for.

In the year 2014, I conceived again and as part of the policy of the company where I work, for me to get a maternity leave, our medical unit needed to carry out a pregnancy test and scan to confirm my condition. It was in the course of these screening that I was medically confirmed that I was pregnant with triplets. My husband and I was so thrilled that the Word of God has finally come to manifest in our lives.

Subsequent scan conducted at another hospital also confirmed that I was carrying a set of triplets, and later the sexes of the babies were confirmed as two males and one female, just as it was shown to us in the vision. As the pregnancy advanced, it because more and challenging. When I started developing swollen feet, I was rushed to the hospital on emergency and my babies were delivered in the month of March, 2015, about a month earlier than my due date.

Today our children are alive and well, and we remain eternally grateful to God who has demonstrated His love and faithfulness towards us. Indeed children are a heritage from God and the fruit of the womb His reward. God has done a new thing in our lives to make us forget the former things. He took away the first so that He can establish the second. It was delayed, but was never denied; the breakthrough seemed late as it were, but it eventually came in a very big way. Glory be to our God.